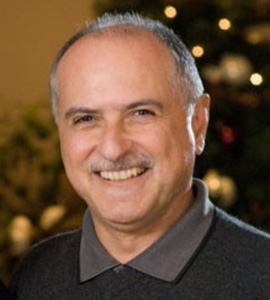 Dr. Mansour Tabatabaie began developing MTR/SASSI shortly after he completed development of SASSI in 1981. In the years following, Dr. Tabatabaie converted MTR/SASSI to run on the Unix platform and IBM mainframe. Next, he developed and vectorized MTR/SASSI to run on the Cray supercomputer. The program was then installed on the commercial Cray mainframe and offered to users via timeshare. A number of government and commercial nuclear projects around the world were analyzed using MTR/SASSI installed on the Cray mainframe.

In 1987, Dr. Tabatabaie founded MTR & Associates, Inc. to further develop MTR/SASSI and provide technical support, training, and maintenance. With the advent of personal computers (PCs) in the late 1980s, MTR converted MTR/SASSI to run on the IBM PC platform and began limited distribution of the MTR/SASSI PC Program. During the next two decades, MTR continuously developed and enhanced MTR/SASSI to handle larger and more complex SSI models.

In early 2000, MTR introduced the MTR/SASSI Enterprise Program featuring a new advanced solver and parallel processing to take advantage of ever-evolving computer software and hardware technologies. For the first time, a complete SSI model of a deeply embedded nuclear island with nearly a half-million degrees of freedom was successfully analyzed on standalone computer servers using the MTR/SASSI Enterprise Program.

In early 2010, MTR developed the MTR/SASSI Supercomputing Program to run on large computer clusters with parallel processing and shared memory. Next came the MTR/SASSI Cloud Computing Program. These programs enabled large SSI models with over 55,000 interaction nodes to be analyzed using the Direct Method in MTR/SASSI for the first time.

MTR continues to innovate and advance the capabilities of MTR/SASSI in order to meet the ever-evolving needs of the industry. Among our many advancements, MTR/SASSI was the first SSI software of its kind to be available on: