MTR/SASSI implements a new Pipe element that allows piping systems to be included in the soil-structure interaction models. Because stiffness of pipe elements are dependent on the internal pressure and temperature of the pipes, they cannot be modeled using standard beam elements.  The new pipe element procedure allows for proper modeling of straight and bend (elbow) pipe segments and supports the use of hangers, branch point and flexible supports.

A benchmark test problem of a typical piping structure is used to evaluate the accuracy of the new pipe element implemented in MTR/SASSI. The configuration of the piping structure is shown below.  It consists of straight pipe sections, several bends and a branch point. It also includes intermediate spring supports to simulate hangers and snubbers and a flexible anchor.  The pipe properties are standard properties and include uniform internal pressure of 350 psi. The first 10 modal frequencies of the pipe structure calculated by EPIPE are shown in the table below.  To extract similar frequencies from MTR/SASSI analysis, the model was subjected to unit amplitude harmonic motions at all the fixed support Nodes in the Y-direction. The results in terms of the computed transfer functions at Node 6 in the X-, Y- and Z-directions are shown below.  To capture the above natural frequencies, the transfer function was calculated to a frequency of 53 Hz with a frequency resolution of 0.1 Hz.  The peaks of transfer functions correspond to modes of the piping system. The frequencies of these modes are calculated and summarized in the table below.  As seen from this table, there is excellent agreement between the piping system frequencies obtained from MTR/SASSI and those of EPIPE, which validates the dynamic stiffness formulation of Pipe element and solution in MTR/SASSI. 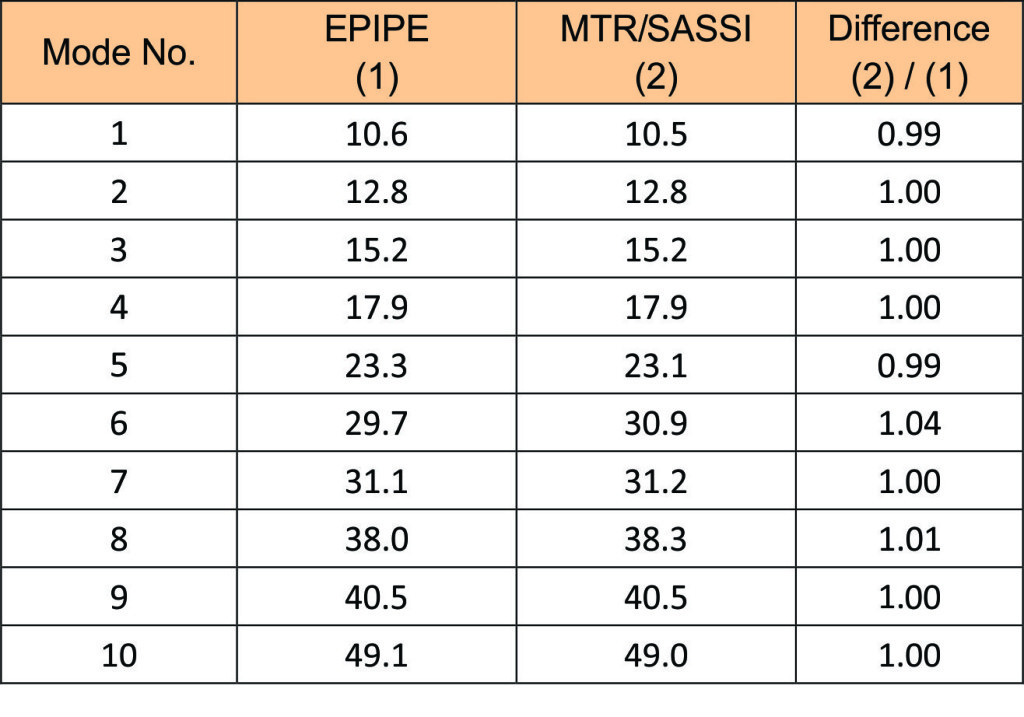 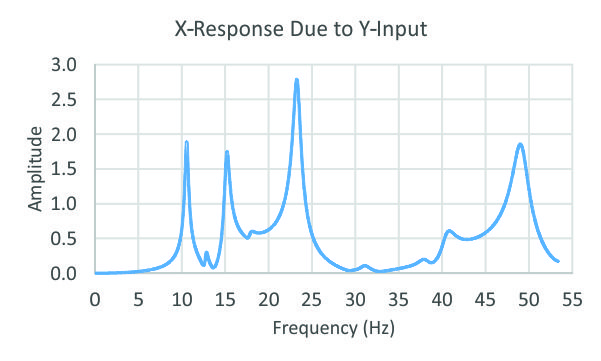 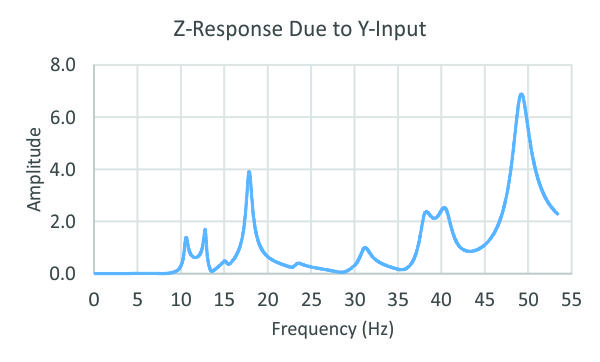