Multiple structures on arbitrary foundations can be effectively analyzed taking into account the full dynamic structure-soil-pile interaction effects. The significant features of the new Pile element are listed and described below followed by a sample application to LNG tanks. For validation of the new Pile element, please go to Technical Notes posted on the web site. 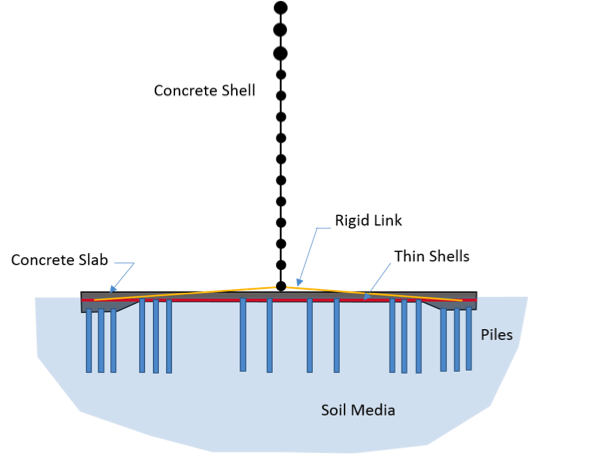 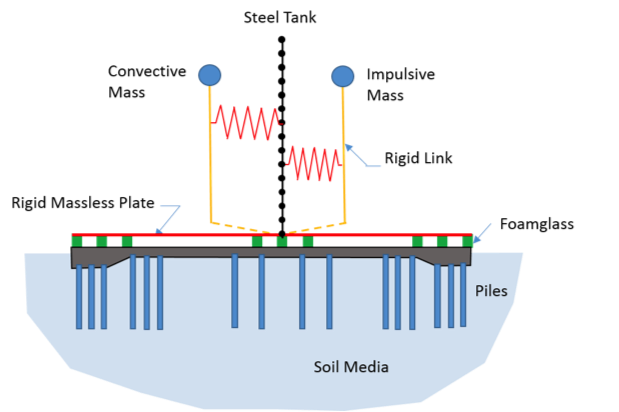 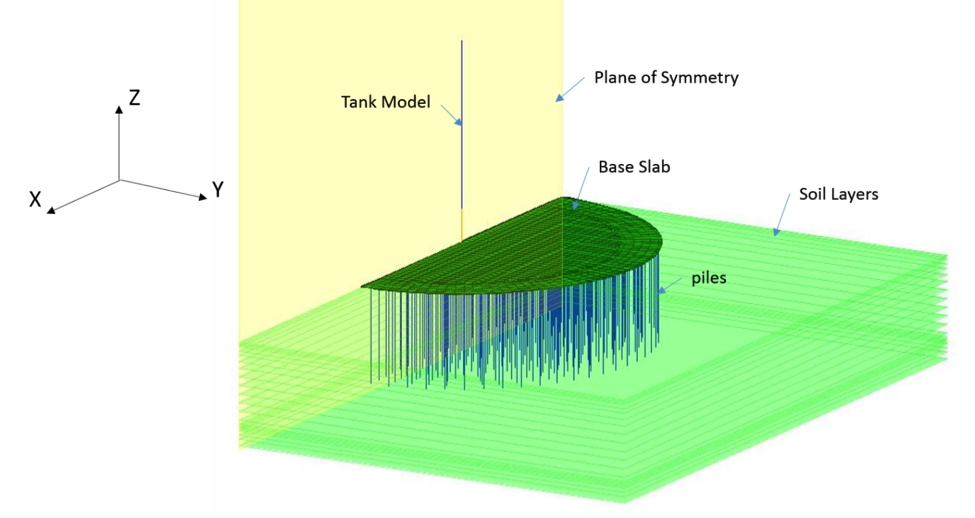 where li is thickness of layer i, Vis is shear wave velocity of layer i and fpass is passing frequency.